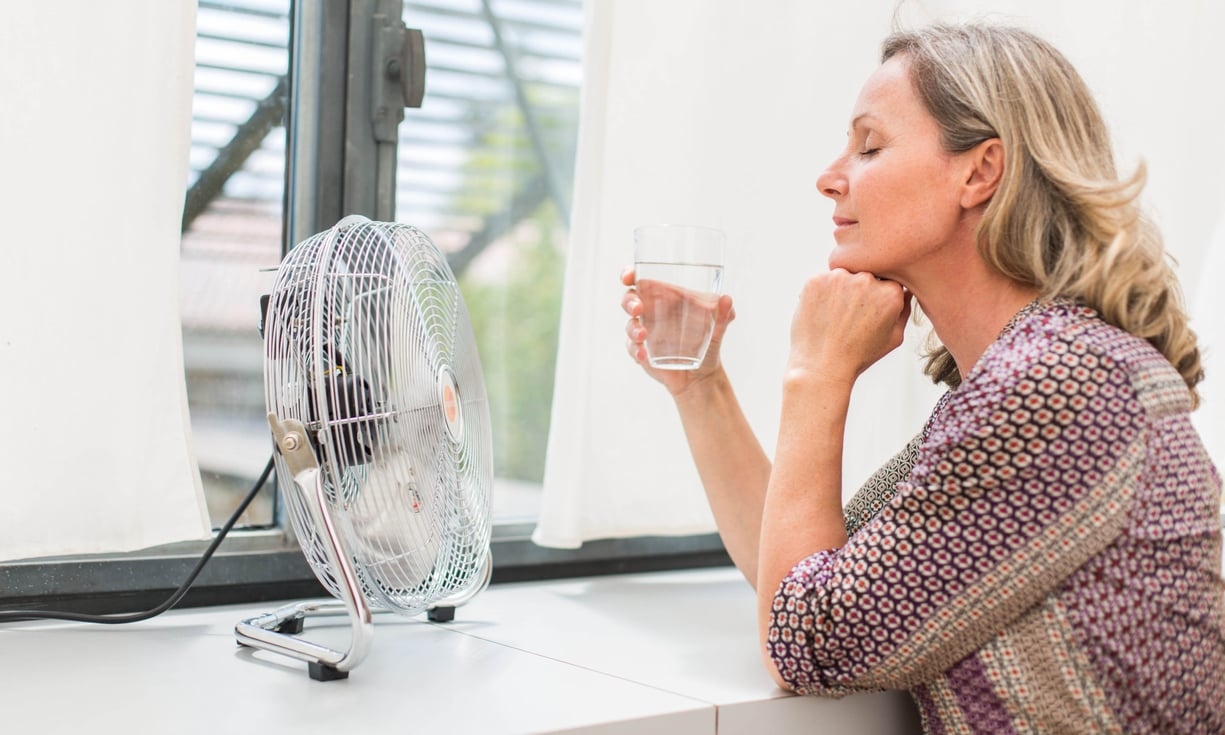 Last week, Dr Andrea Davies an academic at Leicester University suggested that by saying ‘menopause’ three times a day in the workplace, male and female colleagues could help reduce the taboo surrounding menopause and this would benefit female workers of a certain age. It’s at times like these I am grateful to be freelance. ‘Oh I see you’ve just been to the water cooler/switched the electric fan on again; menopause, menopause, menopause…’

Times columnist Janice Turner responded with a brilliant feature entitled, Please stop banging on about the menopause (linking to it HERE but it is behind the paywall). Turner rightly asks ‘why should women be judged by their hormones?’

‘I’m a pretty frank person, too old to be easily embarrassed. But I wouldn’t want male colleagues coming over to demonstrate their awareness…No more than they’d want me shouting about erectile dysfunction or premature ejaculation.’

Turner argues that we shouldn’t be defined by the menopause (or any other medical condition):

‘Older women are formidably tough and fearless…In their professions they have fought up the corporate ladder, banked expertise and laurels. They don’t want a badge of oestrogen-depleted victimhood. They just want to get on with life.’

‘So go over right now and whisper “menopause” three times to a colleague of a certain age,’ Turner concludes, ‘ offer to open a window or handle her workload because she’s probably a bit addled these days. Go on. I dare you.’

One of my friends came to stay at the weekend and we were discussing the menopause and what we really need. That is: more medical research and informed, supportive GPs, so that we can feel more informed instead of passing information between ourselves like black market goods in World War II. She was reading Menopause: the change for the better written by Deborah Garlick and published by Green Tree. Admitting that she skipped the ‘personal stories,’ and went straight for the expert information, my friend Kate – who has experienced severe menopausal symptoms over the last few years, almost died from blood loss and had to have a hysterectomy – found the book helpful.

‘A positive text giving a good balance of western medical advice and natural treatments to alleviate symptoms, whatever works for the individual,’ Kate explained, ‘The book recommends not trying to be superwoman. Getting into partnership with your brain and body. In some societies, menopause is viewed as a positive as it signals ‘a change for the better’ i.e. more time for me.’ We then reminisced about Why Don’t You? the 1970s  (and 80s) TV programme that was on during school summer holidays. ‘Why don’t you just switch off the television and go and out and do something less boring instead?’ continued Kate, ‘The menopause can make you do this, if you go with the flow, don’t fight it and be flexible.’

Cycle Chic: what to wear on a bike

Last week, Dr Andrea Davies an academic at Leicester University suggested that by saying ‘menopause’ three times a day in the workplace, male and female colleagues could help reduc…