According to the Financial Times, ‘ 2020 promises a revolution for women in art.’ Hooray. With the appointment of two female directors, Maria Balshaw and Frances Morris, the Tate has been at the forefront of the movement to increase the representation of women artists. The current show-stopping installation housed in Tate Modern’s Turbine Hall is a 13-metre high Baroque fountain created by award-winning American artist Kara Walker. Interested in ‘grand themes’, Walker is known for creating imagery, particularly her black cut-paper silhouettes, drawings, films and sculptures that questions racial and gender stereotypes and violence through the history of slavery. Fons Americanus (the Fountain of America) references the Queen Victoria Memorial (huge great big thing in front of Buckingham Palace); though this is not about the British Empire but the Transatlantic slave trade. ‘My works deals with history,’ Walker has said, ‘I think it’s important to look back, we don’t do it often enough. I think sometimes looking back can lead to depression and stasis, which isn’t good. But looking forward without having any deep historical feeling of connective-ness is no good either.’

Kara Walker is a member of the American Academy of Arts and an Honorary Royal Academician at the Royal Academy of Arts, London. Having spent time in Europe including a couple of months in Rome, Walker says, ‘ It had a huge impact on me, theres something uplifting about fountains and memorials – but we have to question monuments, how they got there, what they mean. This artwork encourages visitors to confront a history often overlooked in Britain.’

The central figure is Venus recast as an Afro-Caribbean princess, while figures covering the fountain are derived from an array of art historical, literary and cultural sources. Walker’s monumental fountain is made from sustainable materials, including cork, that can be recycled afterwards. At the unveiling, director of Tate Modern Frances Morris discussed visiting Walker’s studio in Brooklyn to discuss the Turbine Hall project, ‘ It was a Pandora’s Box, a Mary Poppin’s suitcase, I could tell we were at the beginning of an extraordinary project.’

Most widely known as one of Picasso’s muses, Dora Maar was much more than that. Born Henriette Théodora Markovitch in 1907, she studied painting and applied arts and went on to study photography, in Paris. Maar was a successful painter and photographer, in her own rights; her work was radical and imaginative and her career spanned more than six decades. Using the professional name Dora Maar (an abridged version of her given name), she made a living from producing fashion photography, commercial illustrations for advertising, documentary photographs of street life and surreal imagery, for which she is best known.

Moving in the circles of poets and artists in 1930s Paris, Maar generated surreal, dreamlike compositions taking full advantage of darkroom techniques. Her photomontages derived from the combination of several separate photographs cut and pasted to form a new image which was then rephotographed to create a seamless final picture. One striking example on display in this exhibition uses the face of her friend Nusch Eluard overlaid with a spider’s web in an advertisement for anti-ageing cream. 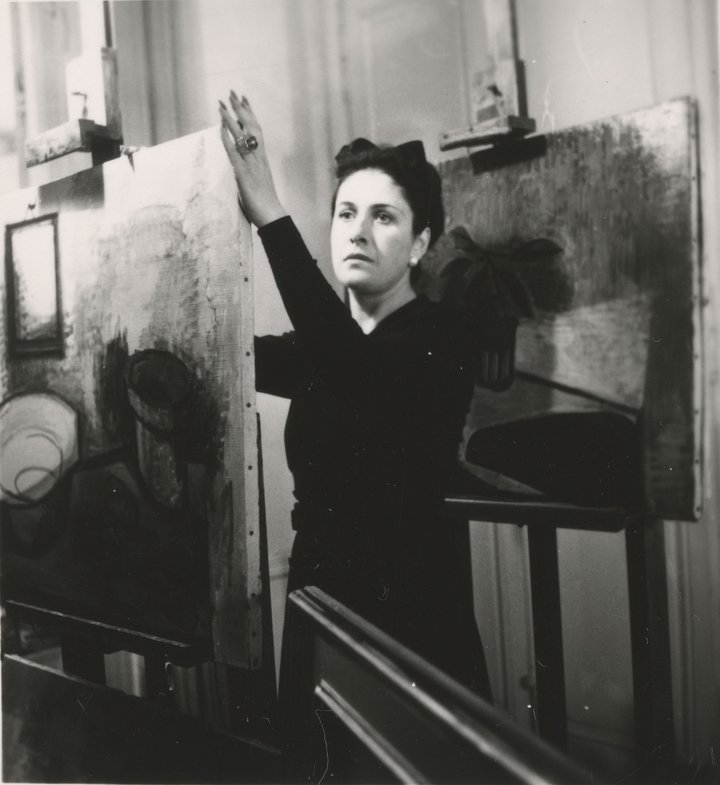 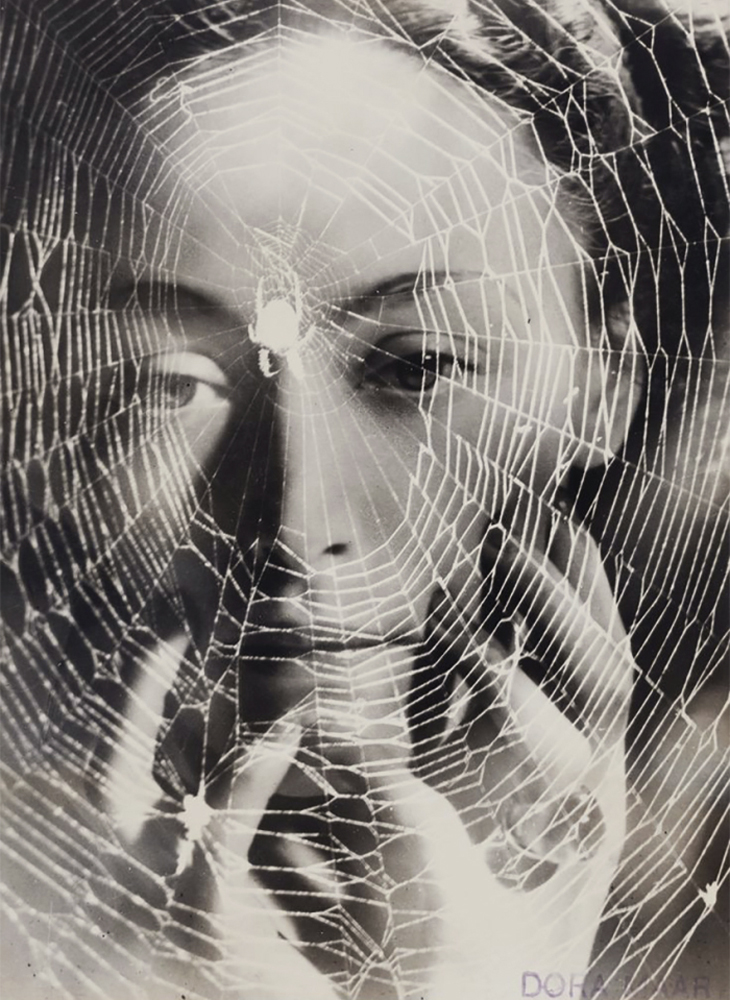 In 1935 in a cafe Les Deux Magots in St Germain where artists and writers congregated she encountered Pablo Picasso, then in his mid-50s. Although he had a wife and child, and a mistress Marie-Therese Walter, who had given birth to a daughter Maya, they soon became a couple. A high point of the Tate Modern exhibition is the number of portraits which Picasso made of Dora Maar in a variety of media : drypoint engravings, photographs, colourful oil paintings of her face seen at different angles simultaneously. Also on display is his famous Weeping Woman, which may reflect their tumultuous relationship but also formed a reference for his most significant work.

For me, the most captivating room is the one devoted to her photographs of Picasso working on the Guernica, which was commissioned to hang in the Spanish pavilion of the Paris International Exhibition in July 1937. Maar obtained a commission from the art journal Cahiers d’Art to record his creation of this significant work. Here the photographs have been animated to provide a video of the work in progress to the final version.

The Conversation, a painting from 1937 shows Maar from the back, seated  next to Marie-Therese. This alludes probably to the complexity of their ménage. She and Picasso finally split up in 1943 and he went on to form a relationship with his next new muse Françoise Gilot. And what of Dora Maar at this point in her life and in later years?  She is known to have had a breakdown and psychoanalysis. Despite these difficulties, Maar continued to paint on a quieter, smaller  scale, semi-abstract canvases are displayed at Tate Modern together with abstract photograms created in the 1980s. Earlier in her career Maar had known Man Ray who created the technique of camera-less images known as Rayograms, her own version is shown in the final room.

The Dora Maar exhibition is on at Tate Modern until 15 March 2020. Kara Walker’s fountain is there until 5 April 2020.

Sustainable Style: two ways to wear a statement blouse, all year round

According to the Financial Times, ‘ 2020 promises a revolution for women in art.’ Hooray.