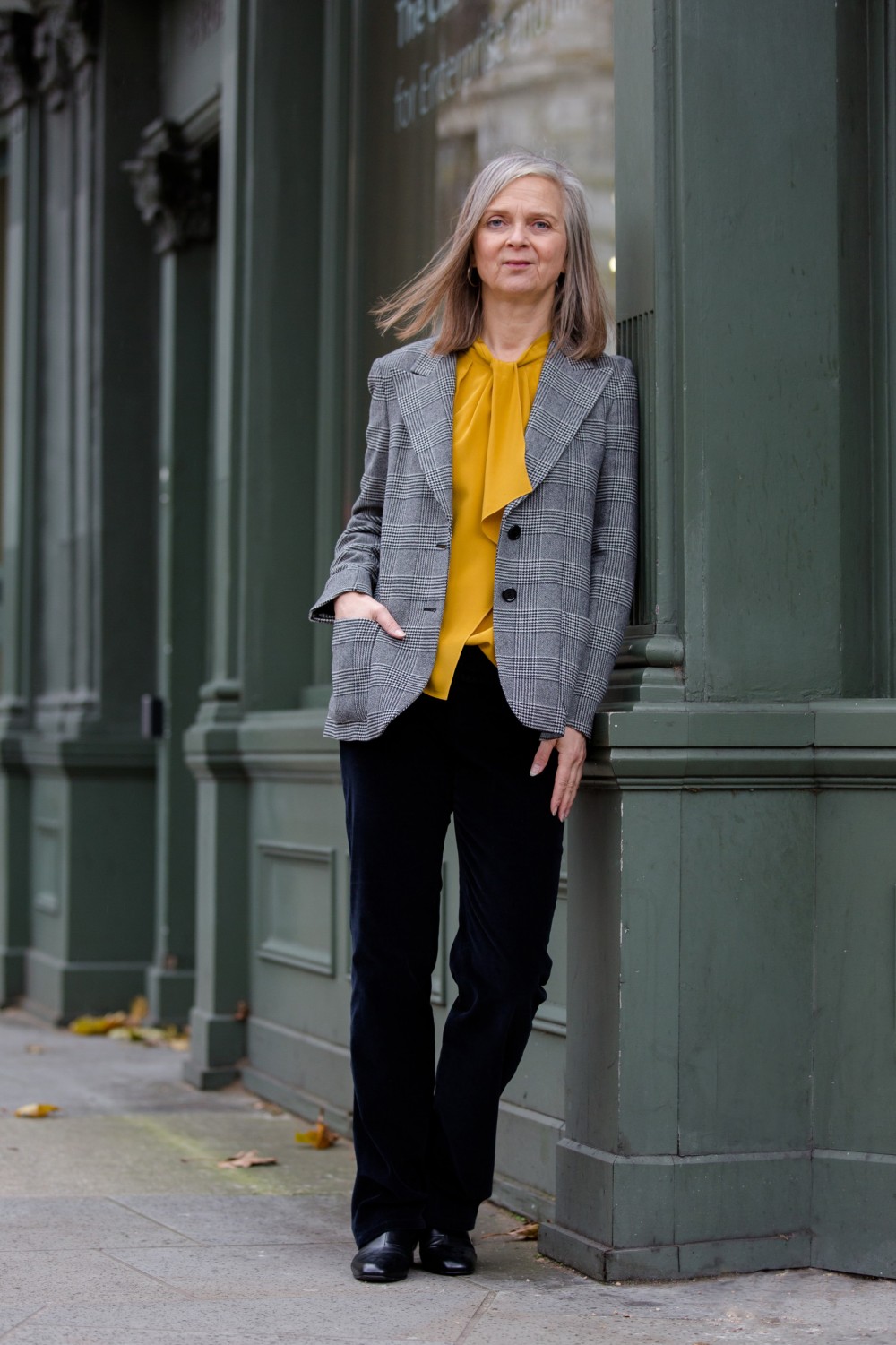 Now that I’m 56 (clocked up another birthday over the holidays; me and Michelle Obama would’ve been in the same year at school) and edging slowly towards a significant birthday, I’ve been thinking about ageing. A lot. When I started That’s Not My Age, 12 years ago this summer, I wanted to champion older women, prove that style has nothing to do with age and challenge the ridiculous and insulting notion that beyond midlife, women become invisible. Here’s what I’ve discovered:

Women over-50 are visible at last

The rise and rise of social media means we are bombarded with images every day, that these images are of women of all ages is fantastic. It’s such a joy to see women over-50 like Diane Keaton, Asami Naito, Ana Gimeno Brugada, Arlinda McIntosh, Sophie Fontanel, Patti Smith and Linda V Wright enjoying life and style on my Instagram feed. While there may be a distinct lack of female film-makers nominated for the 2020 Oscars and Baftas, at the end of last year, the New York Times ran a great piece, ‘The Year Women Over 50 Reclaimed Their Right To Be Seen’. Now there are ‘more American women over-50 alive today than at any point in history,’ the number of films focusing on the challenges we face in midlife is beginning to reflect this. I am currently enjoying working my way through the movies mentioned in the feature; so far I’ve ticked off Gloria Bell with Julianne Moore, 59, and Juanita starring Alfre Woodard, 67 (both Netflix). The New York Times includes a quote from Patricia Clarkson, 59 (mirroring the words of Laura Dern about having a heyday), ‘I am grateful at 50 to be getting the best parts of my life.’

Though we aren’t being paid enough

We are living longer, staying fitter and there are more women in the workforce than ever before. Though the latter is partly because of the Great Pensions Robbery – and even though the Equal Pay Act is nearly as old as I am, discrimination is still an issue. The Gender Pay Gap is widest for women in their 50s, Big thanks to Carrie Gracie, Samira Ahmed and Jane Garvey for taking a high-profile stand.

According to research by economics expert Professor David Blanchflower (who studied data from 132 countries), the age of peak unhappiness is 47.2. Now that I’m 56.1, things should be looking up. And anyhow, I had my midlife crisis at 39. Single, no kids, no beautiful Scandinavian-inspired house of dreams. What was I doing with my life?  Waking up in New York on my 40th birthday I looked out of the window, admired the incredible view and realised how privileged I was. Unsurprisingly, I felt exactly the same as I had the previous day. Nothing drastic had happened. Sixteen years, one blog, two books and a podcast later, I am much more relaxed and at ease with the ageing process.

Of course, health is everything. According to The Age Well Project, ‘our ability to age well can be enhanced: by eating the right foods, but eating less; taking regular exercise; avoiding stress; and avoiding or countering environmental toxins.’ The prospect of death, living with elderly and infirm relatives, having terminally-ill friends, provides a great deal of perspective. Worrying about wrinkles and getting older feels ridiculous in comparison, a complete waste of energy.

Everyone’s talking about the menopause

I hadn’t even thought about the menopause until I had my first hot flush. Now I’m on HRT (when I can get hold of the patches) and thinking of buying shares in YES VM. Google it. There are numerous websites, blogs and books dedicated to the subject ( Dr Louise Newson, a GP and menopause expert, is particularly good). Seems like everyone is talking about the menopause. Even Meg Matthews…There is still a way to go but the taboos surrounding menopause are going down like BHS; aided by more discussion online, in the news and in-between friends.

Yes there are lots of older women on Instagram but I can’t help feeling we’ve moved on from invisibility to stereotyping. Last year, I was included in an Elle Japan round-up; a group of stylish Insta Grandmas ‘senior fashionistas aged 50 – 80 in the spotlight.’ Fine. Thank you. Except I don’t have children, let alone grandchildren. Advertisers and editors should know by now that the over-50s are not one large homogenous group and that bracketing women together because of age, hair colour and what we look like, feels reductive and retrograde. What about talent and ability? Simply basing an article on image is just another form of objectivity. It’s like the campaign to remove Miss World from our screens never happened…

‘This is the only way I am ever written about anymore. I feel erased as an individual; not empowered. I’m not the same as the women who appear in these features with me, nor are they me….Everything else about me except for my age is now deemed unimportant or insignificant. In the guise of addressing ageism my multiple social positions, achievements, history, and uniqueness are discounted leaving me feeling ever more invisible. Putting people into “uniforms” strips their identity away and as I have found in my long career in social welfare, it makes it easier to neglect and do bad things to them. This is fetishizing age; not admiring it.’

As the show-and-tell culture of social media has demonstrated. We do not have to dress a certain way because we are a certain age.  With my Casually Glamorous clothes, flat run-around shoes and natural, grey-ish hair, I look completely different to the way my mum looked in her 50s. Ageing today is bound up with mindset, lifestyle and self-expression. Over Christmas, going through some very old family photos, one picture showed the family on a day trip to Chatsworth House. My mum was probably around the age I am now. We joked about her rigid, dyed black, permed hair, she (now snowy white, 86 and still permed) was not amused. Teasing aside, to dye or not to dye is entirely up to the individual. Nigella turns 60 this month and says she’s not ready to stop getting her roots done. Now a columnist for the Sunday Times Style magazine as well as an eternal Domestic Goddess, Nigella recently wrote a brilliant piece on her landmark birthday (for the Sunday Times and sorry it’s behind a paywall). Poignantly mentioning the people in her life – her first husband, mother and sister – who died before reaching the age of 50.

‘ Getting older is much easier than being young,’ Nigella said, ‘The two great enemies of happiness are self-consciousness and the pressure to conform, and the older one gets, the easier it is to throw off those shackles.’

Please note: affiliate links in this post may generate commission.

Style Notes: the silk blouse in the top photo was a given to me by The Fold London to wear at an in-store event I was working on. It’s a keeper, and now reduced in the sale HERE. The leather boots were part of a ‘skills swap’ with small independent brand Ops & Ops. All other clothes and accessories are my own.

Now that I’m 56 (clocked up another birthday over the holidays; me and Michelle Obama would’ve been in the same year at school) and edging slowly towards a significant birthday, I’ve…