A weekend in Le Marais: where to shop, eat and drink 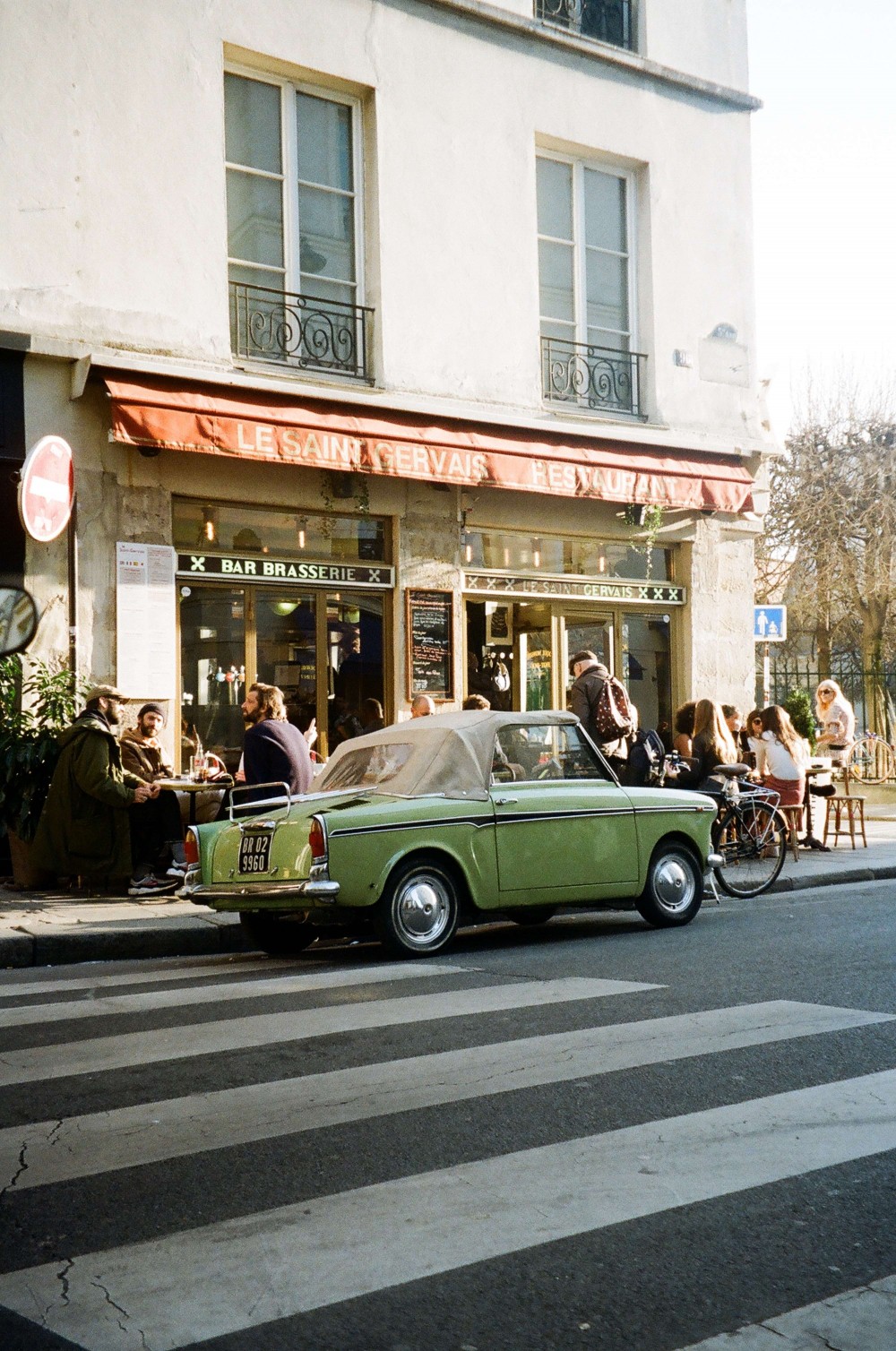 Watching World Cup football over the last month on mainstream TV has been one of my highlights of summer, so far. Having played football every Sunday for many years (in the Greater London Women’s Football League), I am an avid fan of the women’s game. Chatting to Baroness Lola Young recently about five-a-side walking football has made me think about playing again, albeit at a more leisurely pace. Anyhow. With the World Cup, France, and more specifically, Paris has been on my mind. If you’re heading to the city this summer, for the football or a chic French weekend, here are my tips on where to go in the Marais: 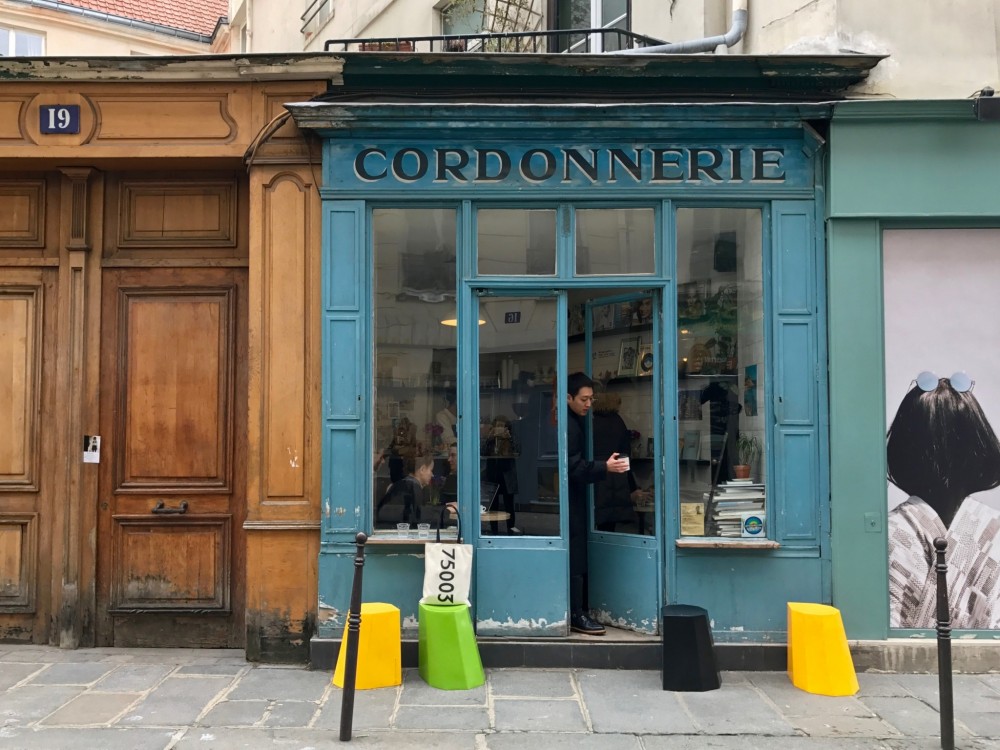 Where to eat in Le Marais

The northern end of the Marais, near Rue Charlot has lots of small independent, cafes, bars and restaurants, it feels very French and laidback and not too tourist-y. There’s a lovely triangle near Gigi on Rue de la Corderie, with L’ilot fish restaurant (highly recommended by our host, if you like that sort of thing…) and Fondation coffee shop on Rue Dupetit-Thouars. In any big city, I much prefer to go behind the scenes and find the local’s favourite spots and this neat neighbourhood stretch feels very authentic.

The Broken Arm (12 Rue Perée) is a super-stylish concept store and café that’s much cosier than it sounds, and at lunchtime there’s plenty on offer for vegetarians. 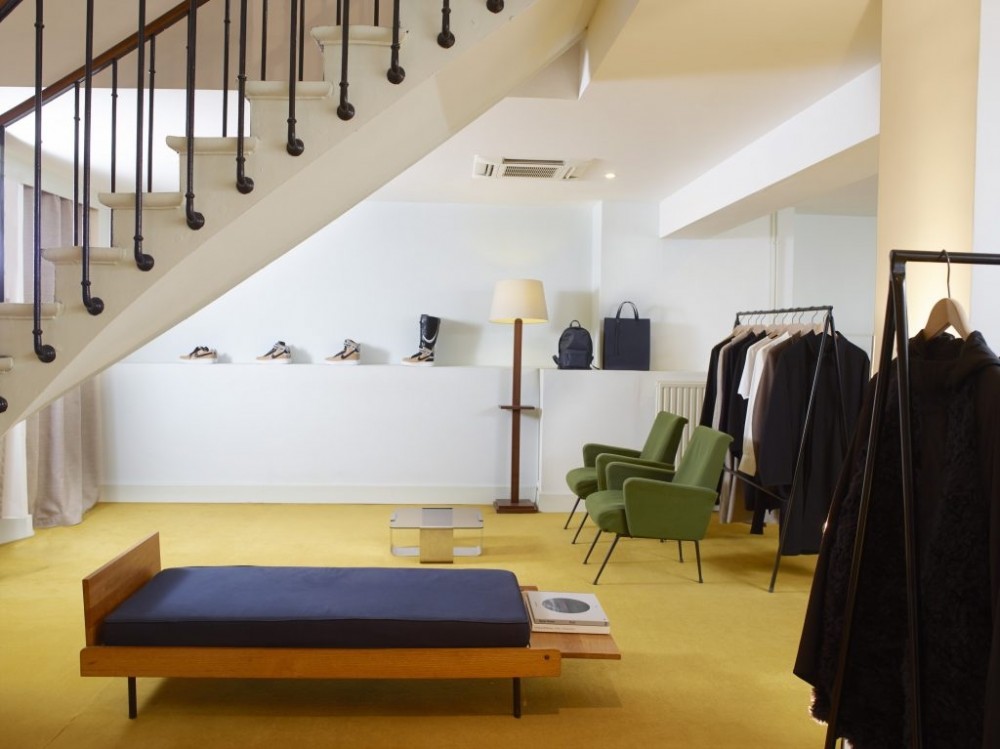 Nanashi on the corner of Rue Charlot and Rue de Forez serves contemporary Japanese cuisine (Bento Boxes and noodles). The food is very good and so is the low-key Parisian atmosphere.

For a mid-afternoon snack, try the delicious crepes at Gigi (4 Rue de la Corderie), followed by an impromptu dessert –a handful of top-notch chocolates at Jacques Genin (133 Rue de Turenne), a swanky chocolatier with a cool modern interior and a small salon de thé.

The Big Love Café, 30 Rue Debelleyme is a popular Italian with no booking system. Chances are you’ll end up queuing for dinner but once inside it’s buzzy and friendly and the pasta and risotto are delicious.

It’s always worth a quick trip to Merci (111 Boulevard Beaumarchais) for style inspiration, chic stationery and homewares . Then pop around the corner to the most Instagrammed coffee shop in Paris, The Boot Café (19 Rue du Pont aux Choux). The same road is also home to French fashion brands Sessun and Officine Générale.

Rue de Vielle Temple is one of the main (but not too mainstream) shopping streets in the Marais. There you’ll find chic stores such as: APC, Kenzo, Vanessa Bruno, Pas de Calais, Mon St Michel and Armor Lux for the obligatory Breton top. The fashion editor’s favourite store, Lemaire is nearby on Rue de Poitou.

Thanx God for this vintage emporium

Thanx God I’m a V.I.P is a brilliant vintage clothes store (12 rue de Lancry) filled with all the big designer labels. Vintage Yves Saint Laurent, Hèrmes, Chanel, Burberry, Prada. Jil Sander, you name it Thanx God has it. Though not technically in the Marais, it’s within easy walking distance and not far from Republique. There are separate sections for women’s and menswear; shoes, scarves, jewellery and accessories and everything is neatly colour-coded. A selection of cool, modern (new) items includes: French shirt dresses from Maison Chateigner, a small range of stripy tote bags and African print shopping trolleys, useful for excess baggage.

TIP: do check the opening times. The store tends to open from 2pm  – 8pm, so no need to get there early. And when you’re shopped out, head across the road to House of 3 Brother’s patisserie, for a fantastic cake and a cuppa.

This is an extract from a sponsored feature that first appeared on Sawday’s website.

Watching World Cup football over the last month on mainstream TV has been one of my highlights of summer, so far. Having played football every Sunday for many years (in the Greater London Women’s Fo…