Connecting with culture again: Artemisia at The National Gallery, London

Self-Portrait as the Allegory of Painting , 1638-39  Artemisia Gentileschi

Before suffragettes, before girl power and way before #MeToo, there was Artemisia, a woman who triumphed over tyranny and achieved global fame in the male-dominated world of Baroque art. The National Gallery’s Artemisia exhibition was due to open in April but lay unseen for months, and now art-starved fans (like myself) are flocking-at-a-safe-distance to see this first-ever exhibition of the artist’s work and learn more about her life. One-way systems, timed tickets and travelling across London during a pandemic means the spontaneity of popping into an exhibition has gone for the time being, but Artemisia is an instant reminder of why art is good for the soul (and galleries are still open despite the new tier two restrictions). Her extraordinary story is well documented. The daughter of an Italian artist, Artemisia Gentileschi was raped by her father’s friend Agostino Tassi, endured humiliation and trauma but eventually took the perpetrator to court in Rome and won the case. After which she was married off quickly and threw herself into painting for rich patrons like the Medici’s. Her triumphant works are now on show at the National Gallery.

Painted when she was just 17 at home in Rome taught by her father. Susanna and the Elders , 1610 , Artemisia Gentileschi

Back then, being an artist and competing with the likes of Caravaggio was a tough business. And hard physical work, as one of several self-portraits depicts, Artemisia stretches with arms smeared in paint and a world-weary look. There must have been times, when having borne five children (only one survived) she felt like hanging up her paintbrush but this fabulous exhibition does not reveal a woman who shied away from a challenge. Nothing can prepare you for the sheer explosion of rich colour, anguished bodies and bare flesh. Seeing her striking compositions up close, you really can appreciate the skill and determination Artemisia possessed. All her artwork focussed on the defiant woman she admired, such as, Judith, Cleopatra and Lucretia. Who really knows whether her most famous painting Judith Beheading Holofernes, a grisly biblical tableau was her revenge on men (as is frequently argued ) but you can hazard a guess… 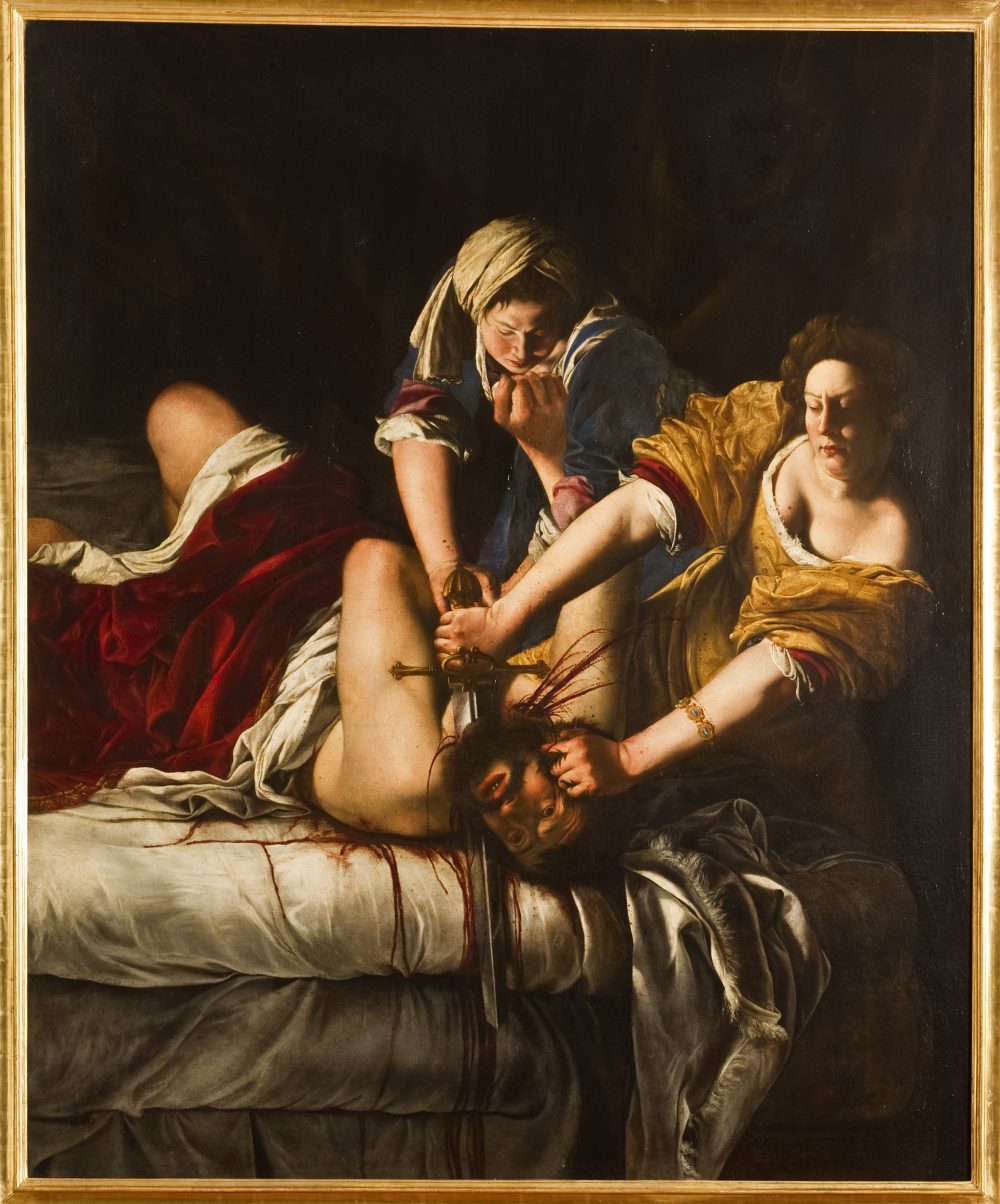 The lengthy trial and chilling court transcript reveal a passionate young woman who stands firm as she poignantly cries, “It is true, it is true , it is true .” If there’s one exhibition powerful enough to tempt you back into central London, this is it. And there’s a BBC4 programme on Artemisia’s life with Michael Palin on Monday 26 October but come on Sofia, Kathryn or Jane (Campion), surely it’s time for a film.

Artemisia is on until Jan 24 2021 at the National Gallery, Trafalgar Square, London WC2N 5DN

That’s Not My Age Podcast: Journalist and author Yasmin Alibhai-Brown

Before suffragettes, before girl power and way before #MeToo, there was Artemisia, a woman who triumphed over tyranny and achieved global fame in the male-dominated world of Baroque art. The Na…