London Fashion Week has started. While I don’t do the whole shebang, I do a few bits and pieces and after being holed up for months writing a book, I’m actually looking forward to getting out there and being inspired. And it feels like there’s a whole lot of noteworthy stuff going on, right now. The photo of the gorgeous, grey-haired model (above) is from the Tome catwalk show in New York, J. Crew showed on friends and fans of the brand, as opposed to models…

…and then London Fashion Week kicked off with a show aimed at fighting poverty. Oxfam filled the catwalk with an array of second-hand clothes, styled by Bay Garnett. ‘This show is to highlight that Oxfam really does have great things,’ Vogue’s contributing fashion editor told the Telegraph ‘The challenge for me was how to approach it – they’ve got so much stuff and of course I had to edit it down into a fashion show that was somewhat cohesive.’

‘One way to approach it would have been to really mix it up and put, say, a camouflage jacket over a wedding dress, illustrating that eclecticism and range of stock. But I’ve gone for a different tack, making the looks quite simple and very real – it’s a pair of jeans with a great shirt, a classic man’s suit with leather brogues.’ Oxfam’s clothes were modelled by Friends of Bay Garnett including Stella Tenant, Erin O’Connor and Bella Freud: 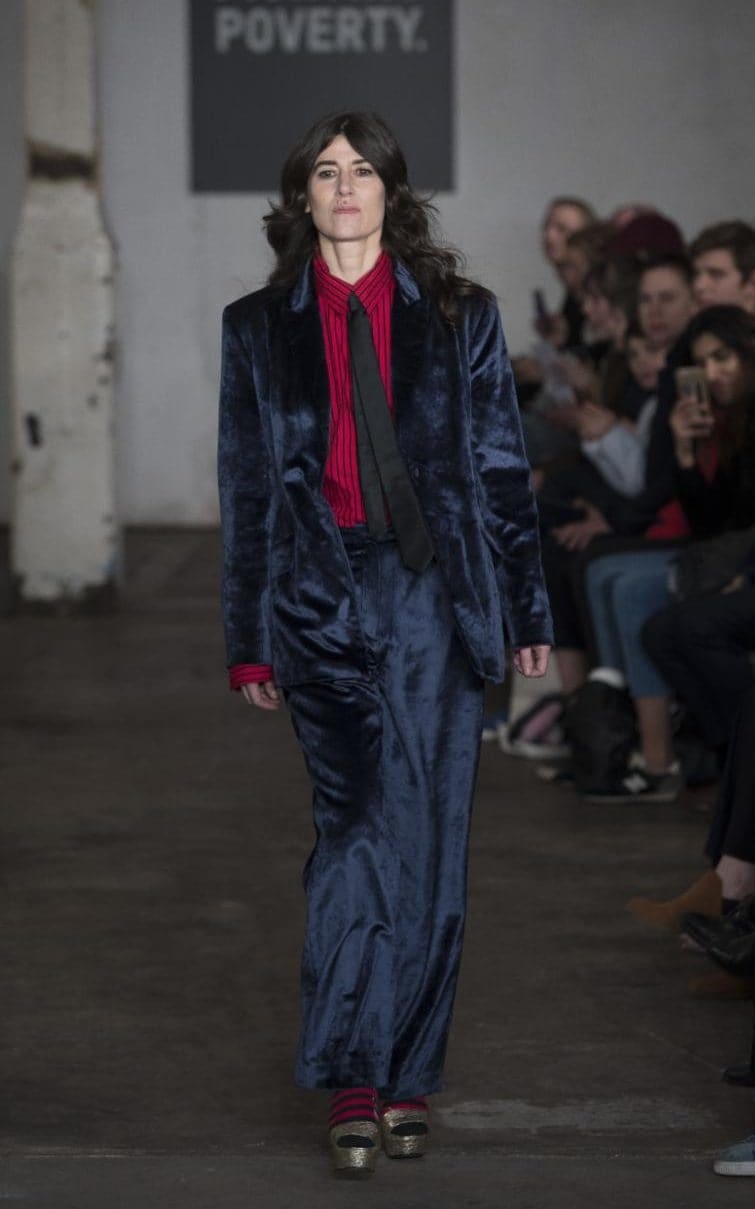 In other news, Kristin Scott Thomas left a comment on my Instagram feed this week. I KNOW. I bloody love her, she’s magnifique, I was beside myself with glee. The 56-year-old star appears in an ‘effortlessly elegant’ fashion shoot in this weekend’s How To Spend It Magazine (HERE); playing an artist’s muse with the portraitist Christian Hook.

This year, KST returns to the screen as a Shadow Health Minister in Sally Potter’s film The Party and will be directing her first film The Sea Change based on the novel by Elizabeth Jane Howard. Though I’m hoping that she’ll be treading the boards again soon; she was brilliant when I saw her in Electra and Betrayal.

Plenty to look forward to.

London Fashion Week has started. While I don’t do the whole shebang, I do a few bits and pieces and after being holed up for months writing a book, I’m actually looking forward to getting …