Hooray for the V&A

Regular visitors to the That’s Not My Age comments box will be familiar with the eloquent musings of Mrs Tonia. Antonia Cunliffe has had a portfolio career in the arts, including researching and writing about art, architecture and the built environment. We’ve met a couple of times and so I asked Mrs Tonia if she’d like to move out of the comments box and onto the front page. Here she discusses the V&A’s expansion and a talk by director Tristram Hunt:

As a historian, broadcaster and former Labour MP before taking up his new role in February 2017, Tristram Hunt is the perfect leader for an institution in the midst of expansion not only within London, up north of the border to Dundee but also to southern China. He has the charm and confidence to persuade benefactors to support this global brand in its necessary fundraising efforts. The new extension to the existing Cromwell Road building in South Kensington, grandly called the new Exhibition Road Quarter, opened in June of last year. Designed by Amanda Levete Architects a colonnade leads to a cafe and new subterranean galleries across a white porcelain piazza. The idea is to encourage more passers by to discover the displays within and to broaden access. It’s a long time since I’ve heard about specific architecture making spaces more user-friendly. I have been visiting the V & A since I was a schoolgirl nearby and did research in its library when I was an architecture student. Subsequently I’ve been a member, on a modest scale, doing my bit as a patron. So I was interested to learn more  about the ambitions for the institution.

This month the new Photography Centre opened in refurbished upstairs galleries. At the entrance, glass cases display over one hundred and fifty old cameras. The Centre will show examples of the earliest daguerreotypes and negatives to contemporary digital, pixelated creations. The existing collection has been enhanced by the inclusion of the Royal Photographic Society collection. This is not without controversy. This gain to the central London museum is at once a loss for the National Science & Media Museum in Bradford, West Yorkshire where it was housed previously. However outreach and “spreading our wings” are part of the brief. V & A Dundee opened its doors this September. A striking composition designed by the Japanese architect Kengo Kuma, of triangular forms the museum on the banks of the river Tay is part of a major regeneration of the waterfront there. Like the London original, admission is free. The objective is to encourage local visitors to discover the collections as well as boosting tourism. One draw is the first Gallery of Scottish Design. And the installation of a Charles Rennie Mackintosh tearoom from Glasgow, long dismantled and in storage. In the wake of the devastating fire, the second, of the Glasgow School of Art, this can only be a good thing. And in my opinion manoeuvres to increase the V & A brand by entering into collaborations with the Design Society in Shenzhen in Southern China by lending objects and curatorial expertise can only benefit the main museum. 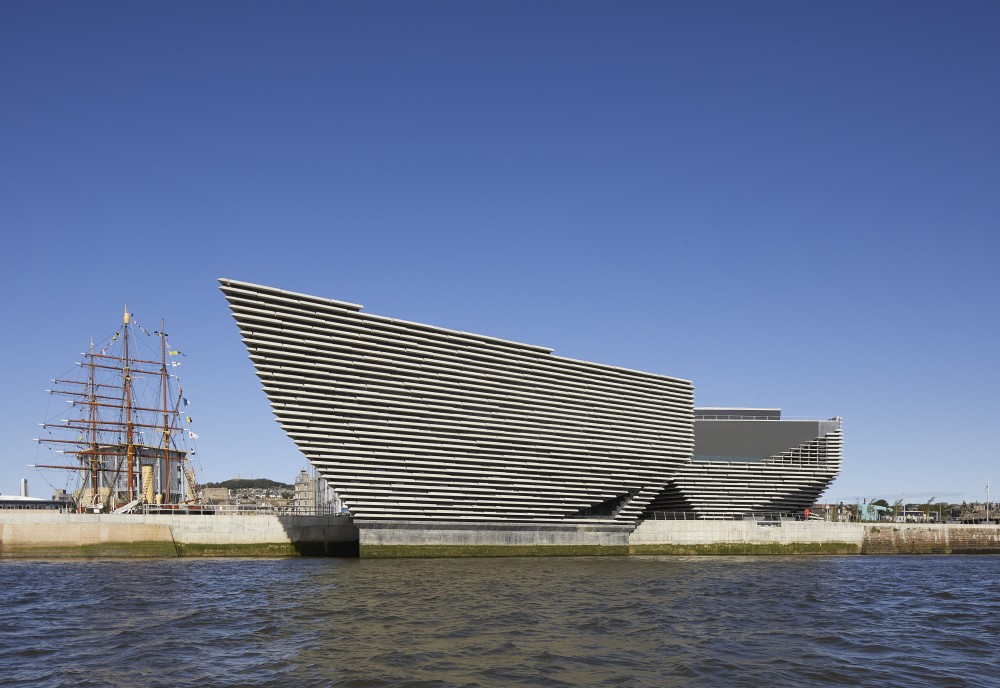 Furthermore, ambitious plans are at a preliminary stage for a V & A East to join the East Bank Quarter campus near the site of the 2012 Olympic Games in Stratford, East London. Of course it is commendable to want to build “a new Albertopolis” there to “serve new communities and a new audience” by 2022. But I worry that the money to transform these ideals into built form will be hard to come by, at a time of budget trimming, austerity and uncertainty over Brexit and Britain’s place within Europe.

What to wear when you work from home

Regular visitors to the That’s Not My Age comments box will be familiar with the eloquent musings of Mrs Tonia. Antonia Cunliffe has had a portfolio career in the arts, including research…